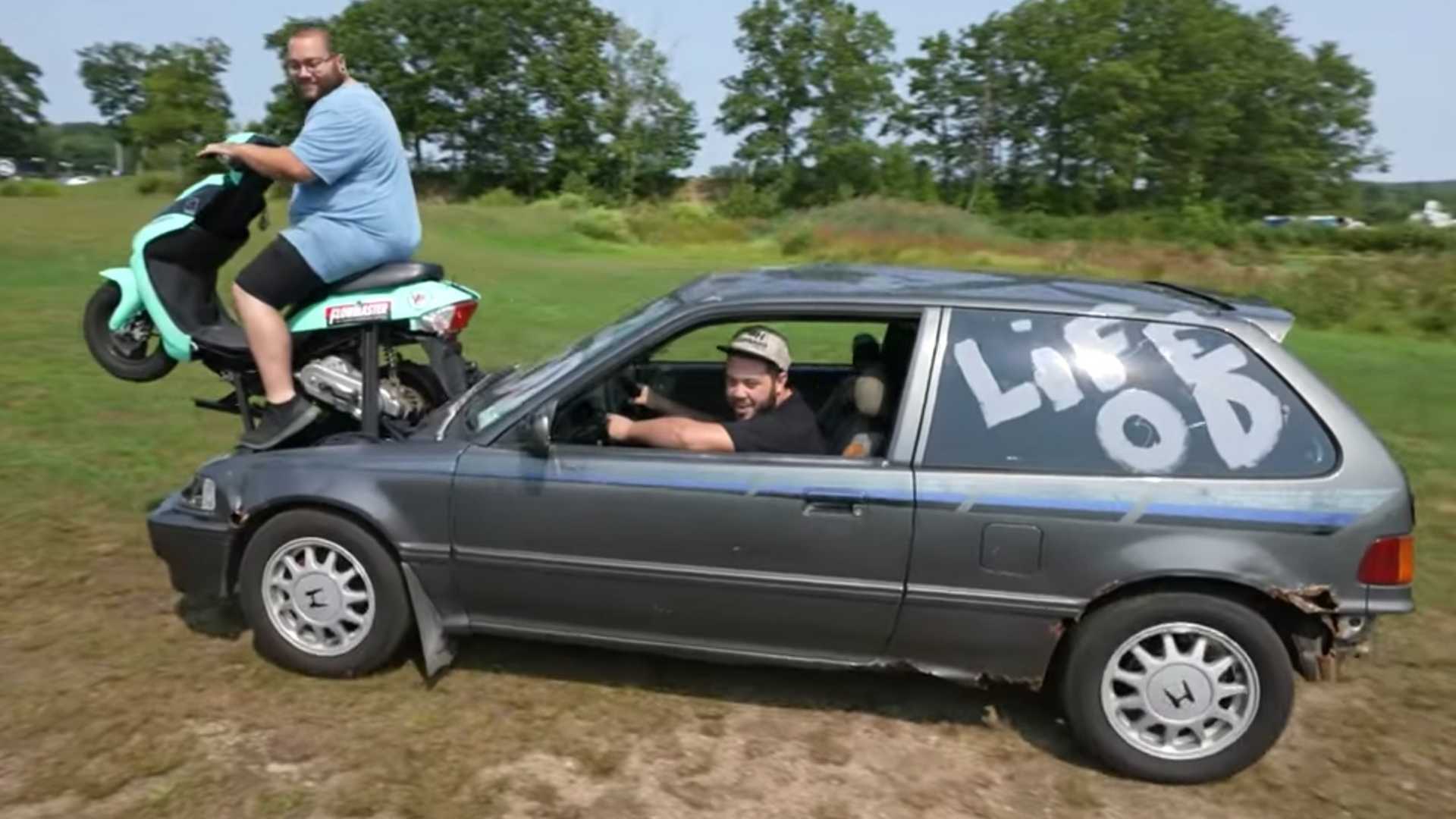 This machine was imagined by the aeronautical engineer Jim Bede and produced by the Owosso Motor Car Company in Michigan between 1985 and 1990. Inspired by fighter planes and the small BD-5 plane of Bede, the Pulse Autocycle moves on two wheels, offers room for two under a small roof, and resembles an airplane cockpit with tiny wings on the sides. Each wing hides a small eight-inch wheel that helps the car maintain balance.

Whatever you decide to call this thing, it will turn heads wherever you take it. And people will really expect it to hit at least 100 mph (161 km / h) and lift off the ground. It unfortunately won’t, but the Autocycle is so weird that it’s actually cool.

If you haven’t seen one yet, it’s because the Pulse Autocycle is a rare bird. Although production spanned five years, the Michigan-based company only built around 350. Yes, although it was designed in the 1980s, the concept didn’t really catch on. .

The Autocycle does not have many followers either, but examples appear in the used car market from time to time. And they’re not exactly cheap, either. This red painted example surfaced in Galion, Ohio, and it looks surprisingly good for its age. But it is mainly because it has been restored and equipped with some improvements.

The engine, for example, is much newer than the vehicle, having been installed in 2004. It is a 582 cc (35.5 cubic inch) unit from a Honda Silver Wing scooter, which is expected to deliver around 50 hp if it is still a factory stock. Many Autocycles are usually fitted with larger Honda Goldwing engines with an output of 94 horsepower, but 50 horsepower is not to be despised given the vehicle’s low curb weight.

The seller adds that the interior is brand new and the photos reveal a pair of immaculate-looking seats with red and white upholstery, a yoke-style steering wheel, and even a CD player. Everything works as it should, with the exception of the reverse motor, which needs to be repaired.

The Pulse Autocycle reminds me of the Messerschmitt KR, a series of micro-cars built over two generations from 1953 to 1964. The German three-wheeler was also inspired by airplanes, having been made at a time when Messerschmitt was not allowed to build planes. But the KR175 and KR200 didn’t have fenders, so you could argue that the Autocycle is a little more exotic design.

If you are into unconventional vehicles and like the attention you will get riding in a wheeled cockpit, this 1986 Bike Car is being auctioned off by seller eBay. “investments2001.” The Autocycle has already attracted 53 bids and the price is $ 9,600 five days from the end.