So what’s going on with kids these days? Is it still fashionable to say “in-things”? Anyway, a few decades ago I was at the end of the systematic warfare waged against young minds called education. I can’t remember exactly when it started, but like any traumatized person would, I developed a universal coping mechanism: drawing motorcycles on the last pages of my notebooks. Note that motorcycles only, never scooters. The scooters also didn’t look good on the bedroom walls, so these were again covered in posters of motorbikes. Fast forward to earlier today, I saw kids on scooters wringing their necks to grab long eyes from the Yamaha Aerox, while the Bajaj Pulsar N160 was seemingly invisible to their immature eyes. 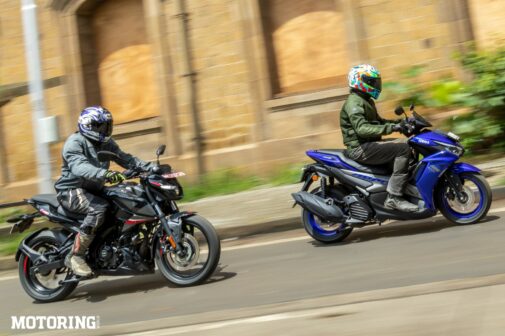 It was a bit of a bittersweet experience for me; As much as I love Yamahas, the Pulsar 180 was my first bike and I still have strong feelings for the name. Even if the new ones seem to have become invisible even to my own senescent eyes. However, once the Aerox and the Pulsar were turned on, it was clear which caught the ears the most. The deep buzz of the N160 makes it one of the recent bikes that believes in good sound, including its bigger siblings. Indeed, it would be perfect if the Aerox had the vocal prowess of the Pulsar to go with its racy looks. Instead, it’s as if an MMA fighter entered the ring after a big puff of helium.

Now these machines are pretty close in many ways, as close as you can get between a motorcycle and a scooter. The Pulsar has 10cc and 1hp more than the Aerox; the torque difference is just 0.09 kgm. However, the liquid-cooled Aerox is a whopping 28kg lighter, while the Pulsar recoups an edge by being cheaper at the showroom by Rs 12,000 while offering dual-channel ABS. And, of course, since scooters long ago ditched manual gearboxes, the Aerox demands nothing of the rider’s legs except stalling them at rest. I’m still not sure if that’s a good or a bad thing, although I have to say the scooter is still fun to ride nonetheless.

The Pulsar, on the other hand, retains the traditional implication with which a motorcycle is born. Every hand and every foot always has something to do, with every action focused on extracting the maximum from a supple, sporty package. If increased activity is a measure, one would think that the Pulsar might ward off degenerative brain diseases for longer than the Aerox, which recent generations seem to demand more of than earlier ones. And while I’m not entirely sure of that prognosis, what is beyond doubt is that the Aerox is a two-wheeled whetstone that sharpens the senses on every ride. 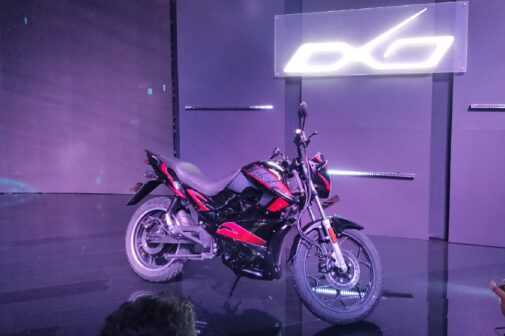 With the agility of smaller wheels combined with the stability of big tires, the Aerox makes full use of the power of its R15-derived engine to become a corner-cutting smile-shaping machine I find hard to call a scooter. I mean, when have we ever had such a fun scooter? ! The Aerox takes point-and-shoot riding to a whole new level. Even its brakes, which I think could have more bite, don’t get in the way. And the stock Ceat tires on this particular Aerox betrayed no performance difference over the IRC tires on the first test unit. The result is motorcycle-like handling and even better agility. All of this with a huge boot to, uh, boot.

The Pulsar is doing pretty well too. The quick bite of a clutch lever won’t be beaten by a gummy CVT, so the N160 revs up the Aerox at every traffic light. That said, the Pulsar’s slightly uncertain shifting action makes the twisty nature of the Aerox all the more welcome. A shifting error on the bike and the scooter passes without thinking twice. And in a full-throttle race between speed cameras, the Pulsar and Aerox reach 117 km/h and 115 km/h respectively. But the two have the most fun between 50 km/h and 100 km/h, feeling as natural as a fun breeze.

However, I have to admit that the Pulsar is the more comfortable machine of the pair. Its larger wheels and more accommodating suspension float on undulations that make the scooter feel like a somewhat cushioned jackhammer. So if your bones aren’t as forgiving as they used to be, a motorcycle is still the way to go. On its own, however, the Aerox isn’t all that painful and its sturdy build quality allows the pilot to fly over tricky areas without worry. However, downshifting hard into a bend with the reassuring sound and feel of engine braking is too ingrained in my two-wheeled brain, and flipping the freewheel scooter into a fast corner always puts my doubts at the top, even though the thick midsection of the Aerox transmits more sensation through the legs than empty floorboards. Carefree children who are used to this uncertainty should have no problems, however. 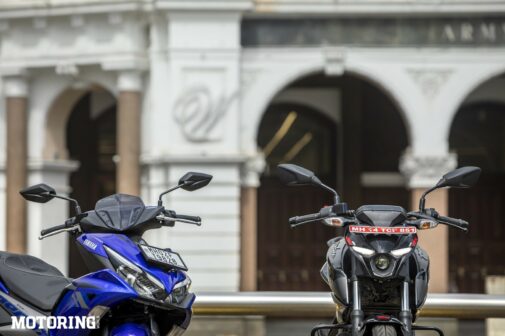 Speaking of carefree, the Aerox is also the more expensive of the two to run and maintain. It cycles through its 5.5-litre tank at a rate of 33 kpl, giving a range of less than 200 km. The Pulsar, meanwhile, pulls away from gas pumps with 52 kpl, its 14-litre tank for long journeys with a range of around 700 km. A motorcycle is still the best gasoline-camel and that is an advantage that cannot be taken lightly. The scooter can’t help but focus on short bursts, while the motorcycle can do its thing all day. However, the point is moot if all you’re doing is driving within the city limits.

When it comes to looks, it’s clear that despite the Pulsar’s best attempts, the Aerox steals the show. Bajaj somehow managed to make the N160 avant-garde in a conservative way; he has great proportions, stance and features, but he always seems to lack that I do not know what. Only spies need that kind of darkness to blend into their background, not one of the sportiest motorcycles out there. The Pulsar looks even more nondescript next to the Aerox which looks like it was sculpted with the same blade that shapes Yamaha’s sport bikes. Somewhere in a classroom, a child is probably scribbling his shape on the back of his notebook. 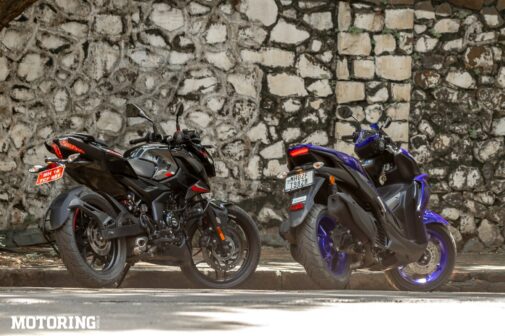 The choice between a motorcycle and a scooter has always been obvious to me. Nevertheless, the Aerox is the closest thing a scooter has to a motorcycle, which is why the one in these photos now lives in my garage surrounded by six motorcycles. When it comes to overall capacity, the Pulsar is still the more accomplished of the pair and you can’t go wrong. It’s just that the Aerox is better at being a scooter than the Pulsar at being a motorcycle, but not by much. In this case, the scooter is the one that makes the heart sing, and it is something inconceivable until then. I guess that’s what a real thing does.

Ahead of the festive season, Yamaha Motor has announced an exciting festival offer on its …