What the Armstrong MT500 costs today. 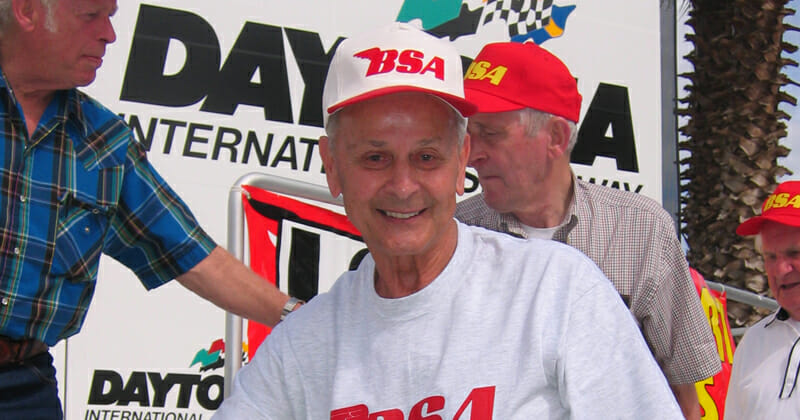 In the 1980s, after the Falklands War, the British Army needed a bike that could handle anything thrown at it. Armstrong-CCM Motorcycles had a solution.

In response to the British military engagement in the Falklands, the British Army found itself in need of a new motorcycle. Fast and durable, the MT500 was Armstrong-CCM’s answer to the call.

Without further ado, let’s take a closer look at the MT500 and ultimately what it costs in 2021.

The Armstrong MT500 is a piece of history

Armstrong-CCM obtained the Can-Am license rights from Canadian company Bombardier in 1983, and the MT500 was produced from 1984 and sold by Armstrong-CCM to the British military.

The MT500 was also sold to the Canadian and Jordanian armies in smaller numbers. The design was so well regarded that Harley-Davidson bought the rights to it and brought an interpretation of the MT500 to the United States.

This motorbike was produced in Bolton, a small town in the North West, a short distance from Manchester. It was fitted with a nearly fully bulletproof 481cc Rotax engine. They were designed as all-purpose vehicles and a batch of 3,000 were originally produced between 1984 and 1987. Due to the intended use and the durability required, many of these bikes are still in good working order, the spare parts are fairly easy to find. .

After Harley-Davidson purchased the rights to the design of the MT, they began producing the MT350 with the goal of securing a military contract with the US military. The MT350 was a smaller model than the MT500 and only had a 348cc engine.

However, Harley-Davidson failed to strike a deal with the US military and ceased production. For this reason, it is rumored that Harley-Davidson only produced 500 MT350s, which makes them incredibly exclusive, even compared to the 3,000 Armstrong-CCM MT500s originally produced.

This bike was produced with durability and practicality above all else in mind. For this reason, the MT500 and MT350 both feature a one-piece steel frame and a steel motor protector. The body is equipped with resistant plastics for the side coverings and the seat. The 21-inch rear wheel and 18-inch front wheel give the bike solid traction on the different types of terrain the bike had to go through.

The MT500 and MT350 both had a range of around 120 miles; however, due to the convenient orientation of the bikes, each bike had space for an optional jerry can capable of holding up to 10 liters, almost doubling the fuel capacity of the bikes.

The bikes themselves could hold 12 liters of gasoline. Together, this allowed military personnel to travel approximately 200 miles before needing to return to refuel. The bike was also fitted with a scabbard to allow riders to take a rifle with them when passing through war zones.

The MT500 and MT350 had a 0-60 second time of 9 seconds, but the larger motor installed on the MT500 allowed for higher top speeds. While the MT350 peaked at around 80 MPH, the MT500 was capable of reaching a top speed of 95 MPH. This increased engine size and higher top speed meant that the MT500 could sit comfortably at higher speeds, making the MT500 suitable even now for most motorists on the road.

RELATED: 10 Things We Just Learned About Harley-Davidson & Its Motorcycles.

How much do these classics cost today?

After Armstrong-CCM ceased production of the MT500 in 1987, it would remain a much higher number in circulation than the last MT350 produced by Harley-Davidson. This means that if you can find MT500s today, they will be much more affordable than their American descendants.

Most Armstrong MT500s that can be found today will have less than 20,000 miles on the odometer and should still be in good condition. Also, since they were intended for use as army vehicles, there are plenty of spare parts available when these bikes need a little maintenance.

All of this means that a good, well-maintained MT500 can be found at a reasonable price. The story is not quite the same when it comes to the Harley-Davidson MT350.

Because Harley-Davidson had failed to gain US military support for the MT350, a very limited number had been produced. Rumor has it that only 500 units of the MT350 have been made, which affects the price in two ways.

First, the scarcity of anything will usually make it more expensive, as any PS5 price scalper will understand all too well. But second, an interesting origin story will surely make you money fast – here is DC and Marvel.

All of this means that while the Armstrong-CCM MT500 is an affordable classic, the Harley-Davidson is a unique piece in automotive history and has established itself as a collector’s item.

The prices are as follows:

NEXT: 10 New Motorcycles That Are Much Less Expensive Than You Think.

The Lockheed Martin C-5M Super Galaxy is a sight to behold. Here’s what makes it a stellar plane.